Ann Miller | University of the Pacific Skip to main content 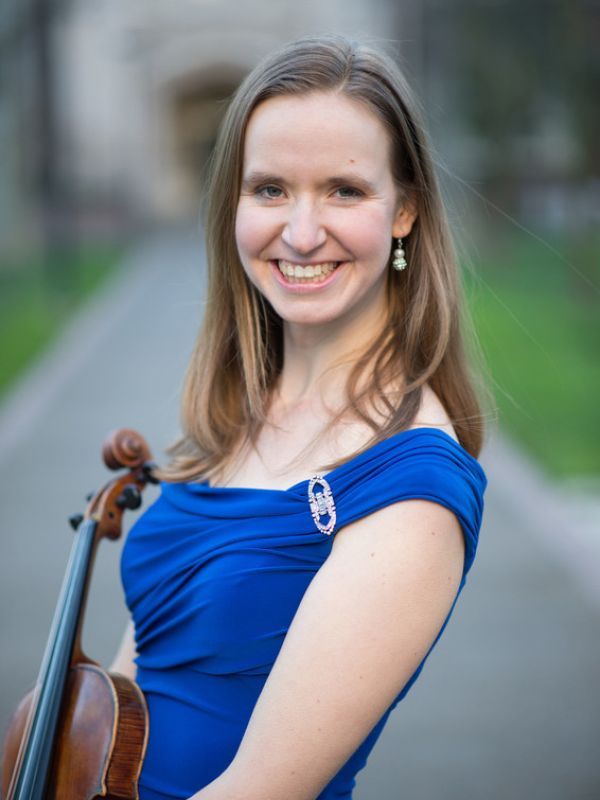 A proponent of new music, Dr. Miller made her New York debut as a soloist with the New Juilliard Ensemble in Alice Tully Hall in the North American premiere of David Matthews' Concerto No. 2. She has performed with the ensemble Continuum in Mongolia and Ukraine as well as New York City. In addition, Ms. Miller participated in an exchange program between the Juilliard School and the Lucerne Festival Academy that culminated in performances in Switzerland and New York under the direction of Pierre Boulez.

Recent solo appearances include performances of Tartini's Devil's Trill with the Zion Chamber Orchestra, the Brahms Violin Concerto with the University of the Pacific's Symphony Orchestra, Vivaldi's The Four Seasons with the St. John's Chamber Orchestra, and Brahms's Double Concerto with cellist Ira Lehn and the Mariposa Symphony in Yosemite National Park. As a recitalist, Ms. Miller frequently collaborates with pianist Sonia Leong and has appeared on Old First Concerts in San Francisco and the University of the Pacific's Resident Artist Series. Their debut album, Perspectives on Light and Shadow: Sonatas by Beaser, Ysaÿe, and Bartók was released in December of 2015.

An avid chamber musician, Ann Miller is a member of Trio 180, the piano trio-in-residence at the University of the Pacific. In addition to performing in Canada, Mexico, Maryland, Oregon, and Nevada, the trio has concertized throughout California in such venues as the Mondavi Center, Dinkelspiel Auditorium at Stanford University, and the Center for New Music in San Francisco. Trio 180 has also performed Beethoven's Triple Concerto with the St. John's Chamber Orchestra. The trio released its first album, featuring trios by Dvořák, Suk, and Schumann, in 2015.

Ms. Miller is an associate professor of violin at the Conservatory of Music of the University of the Pacific. She holds her Master of Music and Doctor of Musical Arts degrees from the Juilliard School, and she received her Bachelor of Music, summa cum laude, from Rice University. Her teachers have included Ronald Copes and Kathleen Winkler. Her chamber music coaches have included Jerome Lowenthal, Seymour Lipkin, Robert McDonald, Norman Fischer, James Dunham, Paul Katz, and members of the Juilliard and Tokyo string quartets. Dr. Miller has participated in the New York String Orchestra Seminar and has spent summers at Kneisel Hall, Bowdoin International Music Festival, and Yale School of Music's Norfolk Chamber Music Festival. In addition to her passion for music, she enjoys running, reading, and vegetarian food.