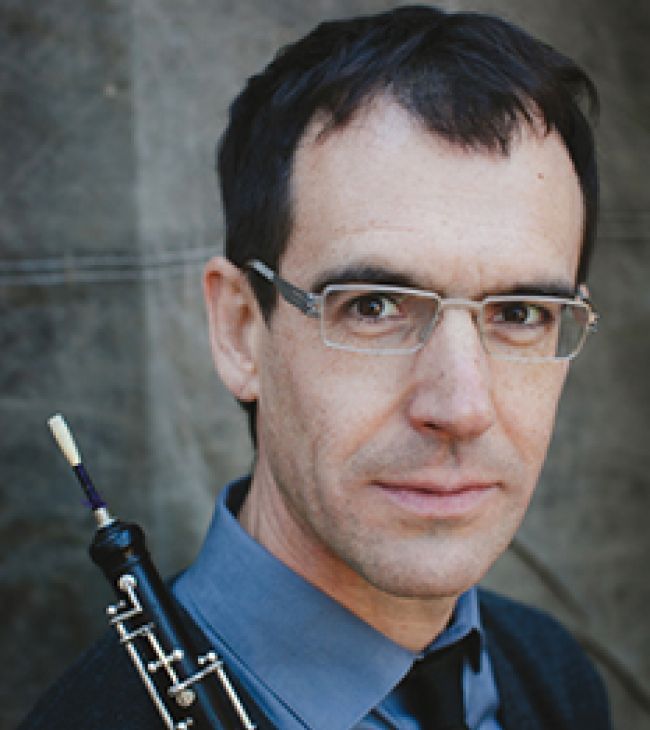 Since moving to the San Francisco Bay Area in 2003, he has performed as a substitute with the San Francisco Symphony and most of the area’s regional orchestras while remaining active within an international community of experimental musicians and sound artists. Thanks to his uncommon distinction as an improvising oboist, he has performed and/or recorded with Creative Music progenitors Roscoe Mitchell, Anthony Braxton and George Lewis, and worked extensively as a sideman for bandleaders such as Lisa Mezzacappa, Aaron Novik, Andrew Raffo Dewar and Myra Melford. From 1996 until his Western relocation, he was a fixture in Chicago’s thriving experimental music scene; long-term projects dating from that era include Wrack (winner of a 2012 Chamber Music America New Jazz Works award), the electro-acoustic duo EKG, and the avant-punk monstrosity Lozenge.

Bruckmann earned undergraduate degrees in music and psychology at Rice University in Houston, studying oboe with Robert Atherholt, serving as music director of campus radio station KTRU, and achieving academic honor as a member of Phi Beta Kappa. He completed his MM in 1996 at the University of Michigan, Ann Arbor, where he studied oboe performance with Harry Sargous and contemporary improvisation with Ed Sarath.