Kyle Bruckmann | University of the Pacific Skip to main content 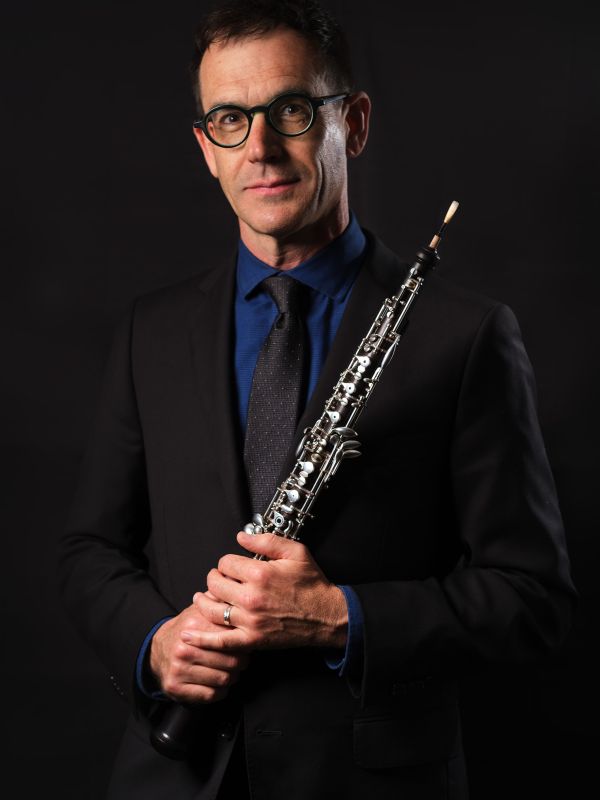 Oboist and electronic musician Kyle Bruckmann tramples genre boundaries in widely ranging work as a composer/performer, educator and New Music specialist. His creative output – extending from conservatory-trained foundations into gray areas encompassing free jazz, post-punk rock, and the noise underground – can be heard on more than 100 recordings. Three decades of chameleonic gigging have found him performing in settings including the Monterey Jazz Festival, the Venice Biennale, CBGB, Berghain, a 12-foot diameter bomb shelter, and dangling 30 feet in the air by a harness from a crane.

Since moving to the Bay Area in 2003, he has performed as a substitute with the San Francisco Symphony and most of the area’s regional orchestras while remaining active within an international community of experimental musicians and sound artists. From 1996 until his Western relocation, he was a fixture in Chicago’s thriving indie scene; long-term projects dating from that era include Wrack, the electro-acoustic duo EKG, and the art-punk monstrosity Lozenge.

Bruckmann earned undergraduate degrees in music and psychology at Rice University in Houston, studying oboe with Robert Atherholt, serving as music director of campus radio station KTRU, and achieving academic honor as a member of Phi Beta Kappa. He completed his MM in 1996 at the University of Michigan, Ann Arbor, where he studied oboe performance with Harry Sargous and contemporary improvisation with Ed Sarath.