Luis Talamantes | University of the Pacific Skip to main content 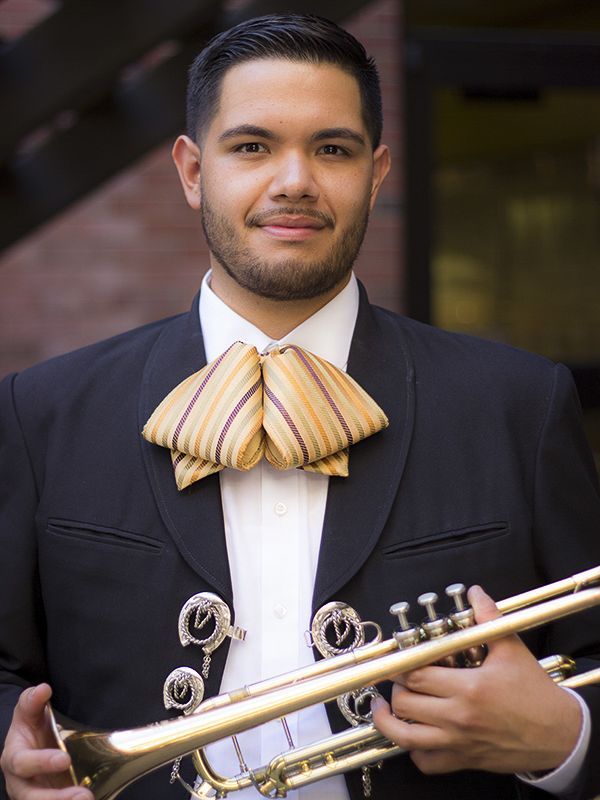 Luis “Tito” Talamantes has been a Mariachi educator for Stockton Unified School District for over five years. Since joining SUSD, his ensembles have been invited to The White House (2016), performed at the Kennedy Center for the Performing Arts (2018), and have placed in many national competitions. In 2017, a video Mr. Talamantes released of his high school Mariachi ensemble garnered the attention of Gerald Slavet, CEO of NPR’s From the Top.

Prior to teaching, Mr. Talamantes was a professional studio musician performing and recording with El Regimen Sinaloense under the Sinacal Label where some of his tracks made placements on to FX Network’s “The Bridge.” While a member of El Regimen Sinaloense, he toured with top Regional Mexicano acts such as Banda MS and Chuy Lizarraga. It was while working as a studio musician in Montebello, CA, that he arranged music for Alfredo Olivas’s sold out “Dos Mundos una Historia” tour.

In an effort to share, promote and make accessible culturally-responsive educational material, Mr. Talamantes created titosmusic.com where he shares all of his arrangements and transcriptions for music educators at no cost. Since the launch, his arrangements have been played by numerous ensembles in the Midwest, Colorado, and even Cornell University’s Big Red Marching Band.