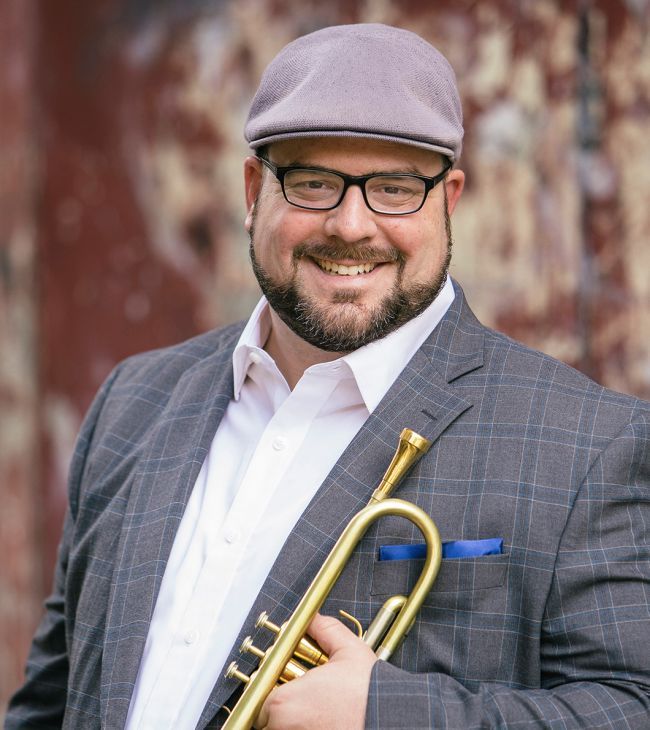 Sacramento-based trumpeter, educator, and composer Joe Mazzaferro is an Assistant Professor of Practice at Pacific's Brubeck Institute. He has earned a Bachelor of Music in Music Education from University of the Pacific and an Master of Music in Jazz and Studio Music from the University of Tennessee.

As a musician, he is active on the Northern California jazz scene and in demand as a guest artist and clinician across the United States. In November 2017, Mazzaferro released his debut album In Terms Of... (Joe Mazz Music) featuring saxophonist Jeff Clayton along with special guests, drummer Carl Allen and pianist Donald Brown. The album peaked at #43 on the JazzWeek Charts and received high praise from jazz critics. The album has been described as "vintage hard bop with maturity" (George Harris, Jazz Weekly) as well "a little bebop, a little swing, and a lot of tenderness, heart, and passion come together on this intriguing debut" (Tom Henry, Toledo Blade).

As an active freelance musician, Mazzaferro has performed with many jazz greats, including Dave Brubeck, Christian McBride, Wycliffe Gordon, Gunther Schuller, and Lewis Nash at such legendary venues as the Monterey Jazz Festival, the Brubeck Festival, Yoshi's Jazz Club, and Fantasy Studios.

In addition to his faculty position with Pacific's Conservatory of Music, Mazzaferro is currently the Coordinator of Jazz Studies at California State University, Stanislaus, as well the Executive Director/Co-Founder of the Sacramento Jazz Orchestra and a member of the Capital Jazz Project.