Nicolasa Kuster | University of the Pacific Skip to main content 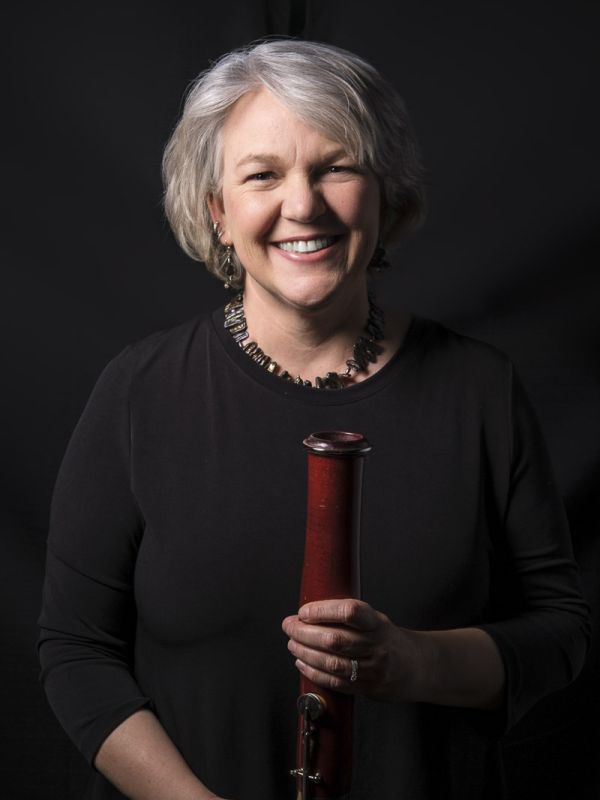 Nicolasa Kuster began teaching bassoon at the University of the Pacific's Conservatory of Music in Stockton, CA, in the fall of 2008. In 2018, she became the Associate Dean of Academic Affairs. In addition to her two roles at Pacific, she enjoys a rich orchestral, chamber, and solo performing life around northern California and beyond. She also launched and leads the Meg Quigley Vivaldi Competition, a biennial competition for young women bassoonists from the Americas. This competition awards more than $30,000 in prizes at the exciting three day Meg Quigley Bassoon Symposium open to all.

Kuster is Principal Bassoon of the Stockton Symphony and New Hampshire Music Festival Orchestras, Second Bassoon (Acting Principal) of the Monterey Symphony, and performs on occasion with the San Diego Symphony, Sacramento Philharmonic, and others. Previous positions include the Wichita Symphony (also serving on the faculty of Wichita State University), the Tulsa Philharmonic Orchestra, the Rhode Island Philharmonic, and the Virginia Symphony. She spent six summer seasons performing and recording with the Spoleto Festival Orchestra in Italy and can be heard on the Chandos Label playing Principal Bassoon on Gian Carlo Menotti's operas and other works. She has enjoyed teaching and performing at many summer festivals and camps, including Anchorage Music Festival; Ameropa Chamber Music Festival in Prague, Czech Republic; Sequoia Chamber Music Workshop in Arcata, CA; the Marrowstone Festival in Bellingham, WA; Bocal Majority and Operation O.B.O.E. as well as Pacific Music Camp in Stockton.

Her solo appearances with orchestra include performing Ellen Taaffe Zwilich's Bassoon Concerto in the opening Gala performance of the International Double Reed Society in 2013, Peter Schickele's Concerto for Bassoon and Orchestra with the Stockton Symphony in 2015, multiple-city tours of Kazakhstan, as well as televised performances in Italy and Panama. She is the winner of the 1995 Chicago Musicians Club of Women's Solo Competition Farwell Award, which she won while a member of the Civic Orchestra of Chicago studying with the late Bruce Grainger, Assistant Principal Bassoon of the Chicago Symphony. She is a double degree graduate from Oberlin College and Conservatory with a BM in Bassoon Performance and a BA in Religion. She was a student of George Sakakeeny and taught at Oberlin as his sabbatical replacement in fall 2002. Her solo album, Metamorphosis, can be found at NicolasaKuster.com.