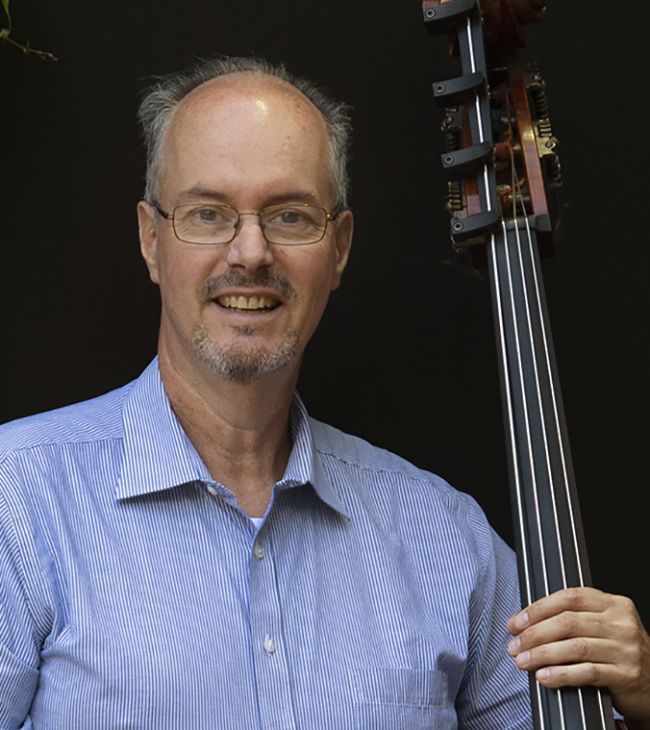 Thomas Derthick joined the faculty at the University of the Pacific's Conservatory of Music in 1988. The long-time Principal Bassist of the Sacramento Symphony, Mr. Derthick is currently Principal Bassist of the Sacramento Philharmonic, Opera, Ballet and Choral Society, and for 25 years was Principal of the Cabrillo Festival, America’s foremost Contemporary Music Festival. He frequently performs with the Chamber Music Society of Sacramento and the Empyrean Ensemble, with whom he has recorded and toured. Other performances include the San Francisco Symphony, San Francisco Opera, San Diego Symphony and Oregon Symphony, as well as recording work and Broadway shows.

Mr. Derthick recently retired after twenty seasons as Music Director of the Pacific Youth Symphony, where he has helped expand performances, enrollment and community outreach as the Youth Symphony transitioned to joining the Pacific Conservatory family in 2018.

His recent guest conducting appearances included Link Up concerts given by the Sacramento Philharmonic, concerto concerts sponsored by the American Guild of Organists in Sacramento, and the Honor Orchestras of San Joaquin County, CMEA Capital Section, and Tracy Unified Schools, as well as many clinics for local high school orchestras both on and off the Pacific campus.

Mr. Derthick holds the BM degree in performance and the MM degree in instrumental conducting from Sacramento State University. His bass teachers include Abe Luboff, Stuart Sankey, Murray Grodner and Dennis Trembly; his conducting studies were with Leo Eylar and Peter Jaffe. Mr. Derthick currently serves as President of the American Federation of Musicians, Local 12, and is a member of the American String Teachers Association, International Society of Bassists, Northern California Bass Club, Phi Kappa Phi and Pi Kappa Lambda. In 2014 he was honored for Outstanding Achievement in Arts Education for Music by the Stockton Arts Commission

At Pacific, Mr. Derthick teaches applied studies in double bass, coaches Chamber Music, and leads a class in Orchestral Repertoire and Audition Techniques for all orchestral performance majors. His university and private studios have helped launch many students into major graduate conservatory programs and major professional orchestras. Mr. Derthick formerly served as Interim Program Director for Strings and for Chamber Music and has appeared with the University Symphony Orchestra both as a soloist and guest conductor.