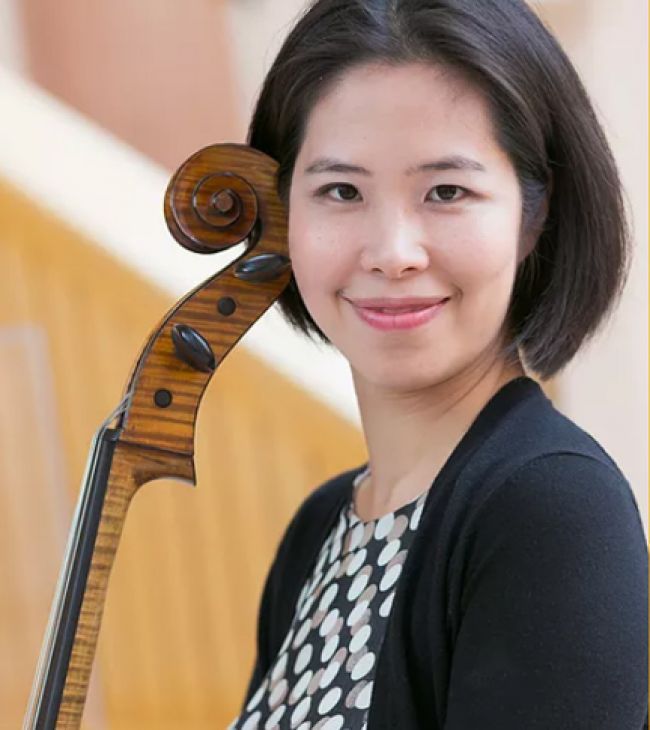 Winner of the Young Artist International Competition, cellist Vicky Wang made her New York debut in Carnegie's Weill Recital Hall in 2001. As an avid chamber musician, Ms. Wang was a member of the award-winning ensemble Aristos String Quartet. This ensemble has been invited to participate in the focus! New Music Festival in New York, Hampden-Sydney Chamber Music Festival in Virginia as well as frequent collaborations with the Chamber Music Society of Lincoln Center in its lecture-concert series.  Ms. Wang's concert highlights also include collaborations with legendary performers Ray Charles at the Belleayre Music Festival and Liza Minelli at Avery Fisher Hall.

Prior to relocating to California, Ms. Wang served on the faculty of Mannes College of Music and the Aaron Copland School of Music at Queens College. She currently maintains an active private studio in Palo Alto. Her students have been featured as concerto soloists with the El Camino Youth Symphony, California Youth Symphony, and Palo Alto Chamber Orchestra. ​She is a founding member of C'est Bon Chamber Music Academy in Los Altos, California and the San Francisco Cello Quartet. In 2017, Ms. Wang returned as the artist-teacher for the piano Sonoma Music Festival at Sonoma State University and joined the faculty of the University of Pacific Conservatory of Music serving as the cellist of its faculty ensemble — Trio 180.

Ms. Wang began studying the piano and cello at age four and ten respectively, and has been a frequent prizewinner in both instruments. She came to the United States in 1992 and became a scholarship student of Eleonore Schoenfeld at the Idyllwild Arts Academy in California. She continued her Bachelor and Masters Degree in Performance at the Juilliard School with Zara Nelsova, Darrett Adkins, and Joel Krosnick and has studied with Alan Stepansky, Jonathan Feldman, Andre Emelianoff and members of Cleveland, Guarneri, Shanghai, and Juilliard String Quartets. She has participated in music festivals such as the Pacific Music Festival (Japan), Verbier Music Festival (Switzerland), and Spoleto Music Festival (Italy) and Music Academy of the West (Santa Barbara). In 2011, Ms. Wang received the Doctorate of Musical Art degree from the City University of New York under the guidance of Marcy Rosen. Her dissertation focused on comparative analysis of cello teaching and performing techniques of cellists Julius Klengel and Hugo Becker.