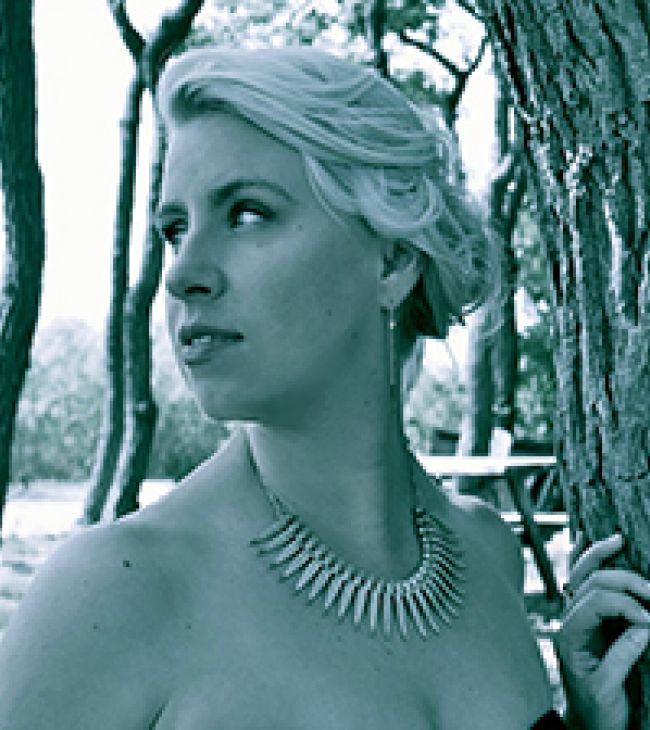 Hailed as a “rich-toned alto” with “riveting presence” (The New York Times), mezzo-soprano Virginia Warnken Kelsey is known for her heartfelt and dynamic interpretations of Baroque opera, oratorio and contemporary chamber music.

Professor Kelsey is an original member of the Grammy© Award-winning vocal ensemble Roomful of Teeth. Through their work with master technicians of non-western singing styles, an ever-growing repertoire of extended techniques, and in tandem with a traditional Classical background, Roomful of Teeth seeks to integrate these vocal colors into a modern compositional environment using a limitless sound palette unshackled by western classical forms.

Professor Kelsey is also a company member of the Boston Early Music Festival Opera (BEMF), with whom she has performed several roles in various recent productions. Her performance as La Conversation in Charpentier’s Les Plaisirs de Versailles earned her a Grammy© nomination as a headlining soloist in the Best Opera Performance Category in 2019. With BEMF, she has also performed the role of Latone in Delalande’s Fontaines de Versailles, and recorded the role in the first ever full recording of the piece, not yet released. In addition, her portrayal of the breakout comedic character Spinette in BEMF’s 2017 performances of Campra’s Le Carnaval de Venise earned her several praising reviews.

She has appeared as a soloist with the San Francisco Symphony perfroming works of Bach, Handel, Monteverdi and Ligeti. Professor Kelsey is a tenured chorale member of the Carmel Bach Festival frequently featured as a recital and mainstage soloist and having recently performed Henry Purcell, Bach, Buxtehude, Luigi Rossi, Charpentier, as well as the role of Dinah in Bernstein’s Trouble in Tahiti, among many others. She has appeared as Dido in Purcell’s Dido and Aeneas with Pegasus Early Music, and as Ozias in Vivaldi’s Juditha Triumphans with Philharmonia Baroque. A longtime resident of the NYC area, Professor Kelsey has frequented many of New York’s prominent early music ensembles, including soloist engagements in Handel’s Samson (as Micah), Handel’s Messiah, Bach’s Mass in B Minor, St. John and St. Matthew Passions with the Trinity Wall Street Choir, Bach’s Christmas Oratorio and Mozart’s Requiem with the Clarion Music Society. She also participated in countless programs of Medieval, Renaissance and Baroque works with the acclaimed TENET Vocal Artists.

Virginia Kelsey received her Bachelor of Music in Opera Performance from Manhattan School of Music, where she studied with Trish McCaffrey. She was awarded a Master’s Degree in Early Music, Oratorio and Chamber Music from the Yale School of Music and Institute of Sacred Music at Yale University.