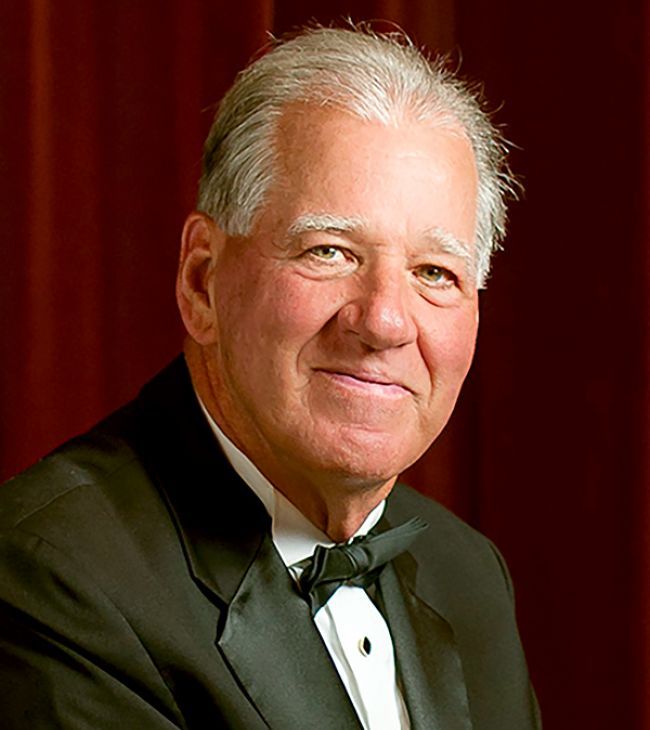 Frank Wiens has been a member of the faculty at University of the Pacific since 1976 until his retirement in 2019. He holds a Bachelor of Music degree and a Master of Music degree both in piano performance from the University of Michigan. His major teachers include Benning Dexter, Gyorgy Sandor, Harald Logan, and John Perry. Prior to coming to the Conservatory of Music, he taught at Drake University in Des Moines, Iowa.

With a performing career that has taken him to Eastern and Western Europe, Asia, and throughout most of the United States, Frank Wiens has maintained an active concert career for more than four decades. Possessing a concerto repertoire of over 35 works, he has been a frequent soloist with symphony orchestras in this country and abroad. His recitals have taken him to major cities such as London, Warsaw, Vienna, Seoul, New York, and Los Angeles, as well as to many venues where classical recitals are rarely heard. Believing that the gifts which one has been given carry social responsibility, he has devoted a significant part of his career to benefit recitals for the homeless and most recently for victims of the Northern California fires.

​Frank Wiens gave his New York debut at Carnegie Recital Hall in 1984. His London recital debut took place in May of 1986. He made his European continental debut in Vienna, Austria, in May of 1987 at the Brahms-Saal of the Musikverein. Other international performances have included a concert tour of the Soviet Union, two tours of South Korea, and engagements in Romania and Poland. In the 1990-91 season Frank Wiens returned to New York with a recital in celebration of Prokofiev's 100th birth anniversary. Frank Wiens was invited to tour the Soviet Union in April of 1991 in numerous solo and orchestral engagements as part of the celebrations of the 100th anniversary in Prokofiev's native land.

​In the fall of 1994 Frank Wiens travelled to Bratislava, Slovakia, to record an album including the Rachmaninoff Third Concerto with the Slovakia National Orchestra and the Rachmaninoff Sonata No. 1. The recording was released internationally in 1995 on the Fanfare-Intersound label.

Late in 2006, Frank Wiens appeared as soloist with the Orchestra "Dinu Lipatti" in Romania, and  gave a pair of recitals devoted to the music of Chopin at the Chopin Academy and at the Lazienki Palace on Water in Warsaw, Poland.

Frank Wiens won first prize in the North American Young Artists Competition and the Southwest Pianists Foundation Competition. He has performed as soloist with the Atlanta, Denver and Detroit Symphonies, and has been a touring artist with the Iowa Arts Council and the California Arts Council.

In addition to his active performance schedule, Frank Wiens has established a strong reputation as a trusted teacher and mentor of young talents, and served as an adjudicator in many important competitions including the Gina Bachauer International Competition. He was on the piano faculty at Drake University, and since 1976 has been at the University of the Pacific Conservatory of Music, where he received the Research-Lecturer Award and Distinguished Faculty Award. In 2009 he was the recipient of the Stockton Arts Commission's award for Outstanding Achievement in Music.