The Pacific Single Reed Day is a regional event aimed at attracting single reed players throughout California on Sunday, March 6 and will be hosted at Conservatory of Music at University of the Pacific by Dr. Patricia Shands (clarinet) and Professor Ricardo Martinez (saxophone). Pacific is a private university in the heart of California's central valley and the Conservatory of Music is the first accredited professional music school on the west coast. Headlining guests at the single reed event include Carey Bell, principal with the San Francisco Symphony, and Jan Berry Baker, professor of saxophone at University of California, Los Angeles. The event will include performances, masterclasses, and workshops aimed at single reed players. Among the vendors attending the event include Mauro Di Gioia of Reed Geek, and Got a Gig Music.

Follow the link to register for Pacific's Single Reed Day.

Learn more about the clarinet and saxophone professors at Pacific

Clarinetist Patricia Shands has appeared to popular and critical acclaim throughout the United States, South America, and Europe. Her performances have been applauded by the critics of such publications as The New Yorker, The Los Angeles Times, The Boston Globe, Il Giornale (Milan), Fanfare, and The American Record Guide. Dr. Shands joined the faculty of the University of the Pacific in 1995 where she is currently Professor of Clarinet and Program Director of Chamber Music in the Conservatory of Music. 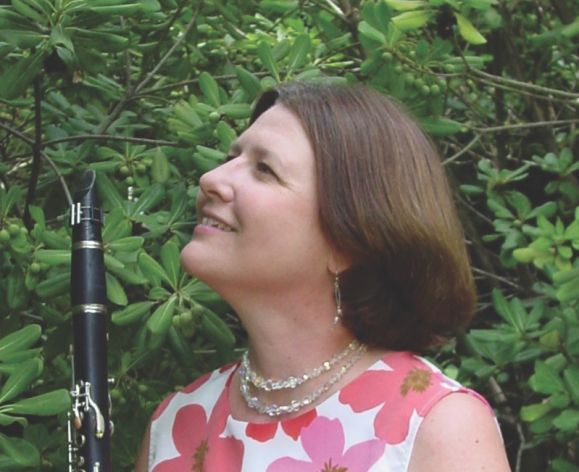 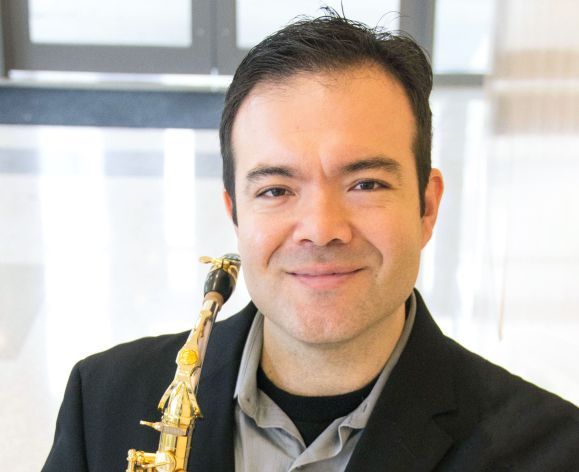 Originally from San Jose, CA, Ricardo Martinez is an Assistant Professor of Practice in Saxophone at Conservatory of Music at University of the Pacific. Martinez has performed concerts internationally in France, Scotland, and Japan. An avid chamber musician, Martinez earned Grand Prize in the 2019 Plowman Chamber Music Competition, First Prize in the 2017 Chicago Woodwind Ensemble Competition and First Prize in the 2015 East Central Division MTNA Chamber Music Competition. Martinez studied under acclaimed saxophonists Eugene Rousseau at the University of Minnesota, and Jean-Yves Fourmeau in France where he obtained the Médaille d’Or in saxophone and chamber music with honors at the Conservatoire à Rayonnement Régional de Cergy-Pontoise. Martinez completed graduate work at Indiana University where he served as Associate Instructor of Saxophone to Otis Murphy. Additional private instructors include David Henderson and William Trimble. Ricardo Martinez is a proud endorsing artist of BG France and Légère Reeds.

Learn more about the special guests and vendors 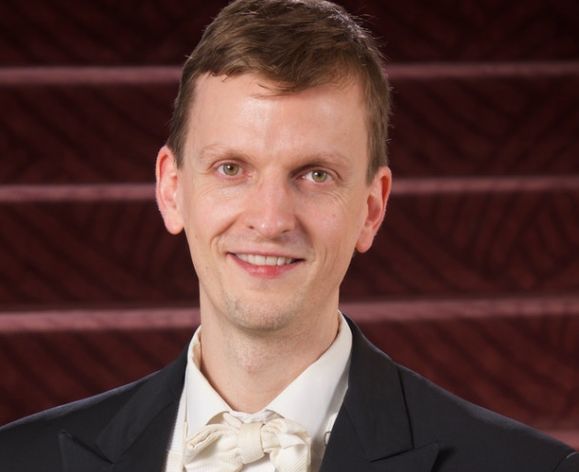 Canadian American saxophonist, Jan Berry Baker, has performed as a soloist, chamber and orchestral musician on many of the world’s great stages. An advocate of cross-disciplinary collaborations, socially conscious programming and community engagement, she is Co-Artistic Director of contemporary chamber ensemble, Bent Frequency. She and percussionist Stuart Gerber are The Bent Frequency Duo Project and together have commissioned over 30 new works for saxophone and percussion. They have given countless performances of these news works at artist residencies, international festivals and schools of music across the US, Mexico, Germany and France. 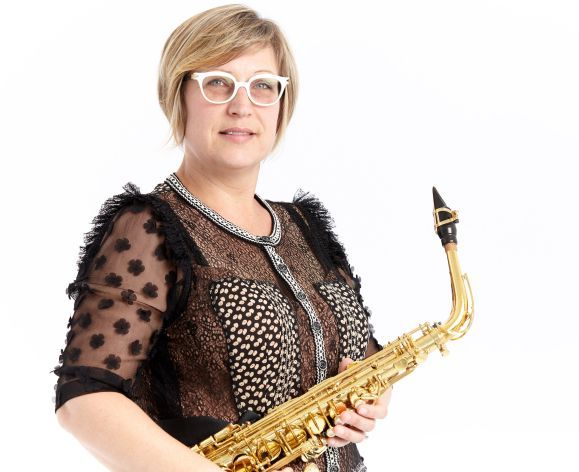 As an educator, Jan is Associate Professor of Saxophone, Woodwind Area Head and Vice Chair of the Department of Music at the Herb Alpert School of Music at UCLA. Highly sought after as a masterclass teacher and speaker, she has given presentations on contemporary music, nonprofits and grant writing, community engagement, socially conscious programming, career development and mentoring. Jan is a founding member of the Committee on the Status of Women in the North American Saxophone Alliance and is the leader of the CSW Women+’s Mentoring Program. She earned a Doctor of Music degree from Northwestern University and is a Selmer Paris and Vandoren performing artist. 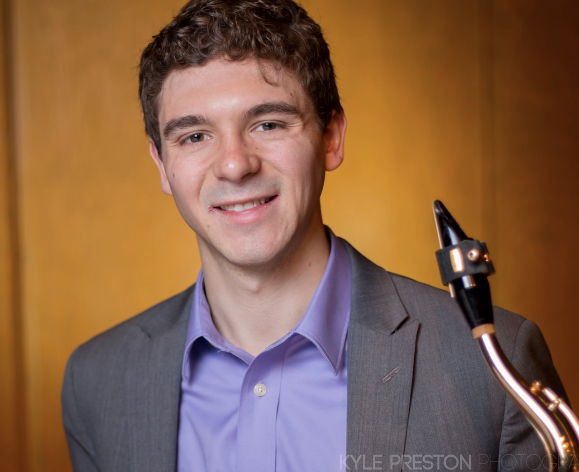 Originally from Corning, NY, Jonathan Hostottle is a multi-instrumentalist and educator based in the San Francisco Bay Area. He currently teaches elementary and middle school band and general music in Atherton, CA. Jonathan is an active classical and jazz performer, playing across the country as a soloist and chamber musician. Previously, Jonathan served on the faculty of Mansfield University and taught private saxophone lessons in the Ann Arbor and Metro Detroit areas. Jonathan holds undergraduate degrees in saxophone performance and music education and a Master’s Degree in saxophone performance with a cognate in conducting from the University of Michigan.

Winner of multiple awards such as the prestigious Beverly Hills National Auditions and the University of California Los Angeles All-Star Concerto Competition, concert saxophonist Dr. Russell Veirs has performed as a soloist with the UCLA Philharmonia, Dana Point Symphony, CSUS Symphonic Wind Ensemble, and numerous community ensembles. As an orchestral saxophonist, he has performed in venues such as Schoenberg Hall, Mondavi Center’s Jackson Hall, the Gallo Center for the Arts’ Mary Stuart Rogers Theater, and Memorial Auditorium in Sacramento. Led by his passion for the saxophone’s history, he released an album of early 20th century music for saxophone and piano with pianist Dr. James Lent in 2018. Veirs earned his BA and MM degrees from UC Davis and CSU Sacramento, studying with Dr. Keith Bohm at both universities, and earned his D.M.A. under the guidance of Dr. Douglas Masek at UCLA. 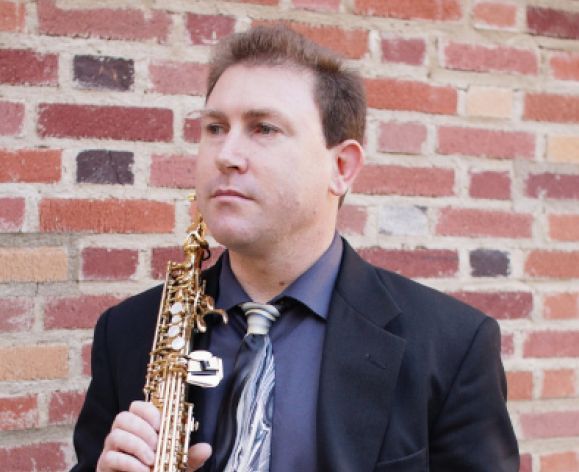 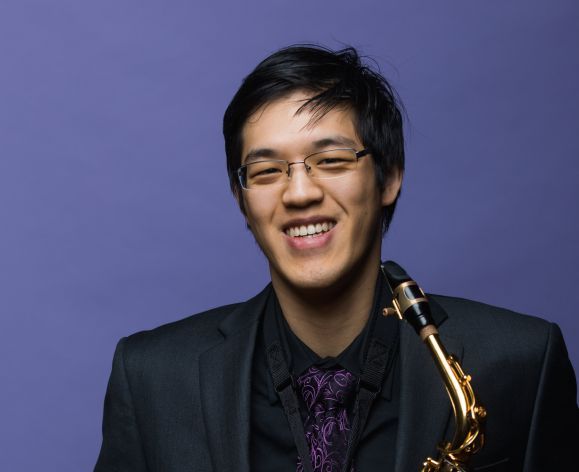 Picking up the saxophone at age 9, Yuh-Boh Feng has performed on the saxophone for over 15 years. He received his master's degree in Saxophone Performance with a concentration in Music-in-Education from the distinguished school of New England Conservatory under the guidance of Kenneth Radnofsky. Yuh-Boh Feng was also a student of Dr. Keith Bohm from Sacramento State University and David Henderson from Stanford University. In 2016, He was selected to perform George Gershwin's Porgey and Bess: A Symphonic Picture with the New England Conservatory Symphony Orchestra.

As a member of the Kenneth Radnofsky’s Saxophone Ensemble, they performed Etienne Rolin’s Mural Treatment, at the North America Saxophone Alliance 2018 Conference. The ensemble has also performed Leonard Bernstein’s Candide Overture, Jupiter from Planets by Holst, Serenade Op. 48 by Tchaikovsky, and many more. Currently, Yuh-Boh Feng works as a Musician in the Army Reserves at Camp Parks and teaches privately in California. 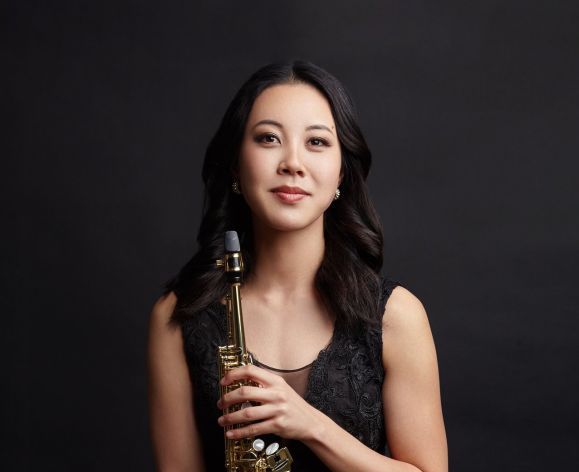 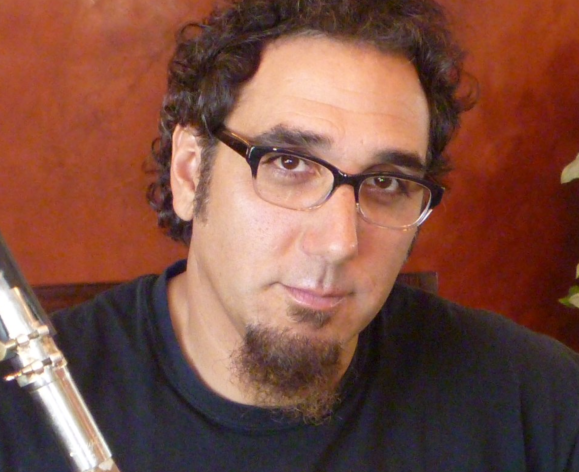 Mauro Di Gioia is an entrepreneur, free-lance saxophonist/woodwind player, and the founder and President of ReedGeek, Inc. (which manufactures ReedGeek Products) based in Carson City, Nevada. For many years Mauro has dedicated his time to the betterment of reeds and reed performance for all woodwind players: publishing several articles on reed acoustics and adjustment in leading industry magazines and guest lecturing for master classes at various colleges in the United States (such as Rutgers University, Ithaca College, Sacramento State and Central Florida University). Mauro has also worked with and designed reed cuts for some of the greatest players in the world, including David Sanborn.

Since its inception, Mauro Di Gioia and his ReedGeek products have been credited with bringing about a resurgence in reed maintenance and adjustment. ReedGeek tools have quickly grown in popularity and are now used by the world’s foremost woodwind players, both single and double. Amidst Mauro’s lecture will be these Talking Points:

“Players should not have to be at the mercy of their reeds. Everything comes down to maximizing the reed’s function through profiling, flattening and maintenance. With knowledge, a little practice and dedication, a player of any level will see positive and noticeable results in his/her reed performance.”

This event is partially made possible with the support of Vandoren USA and Conn-Selmer. We are thankful for their support!