The Pacific Youth Symphony returns for the 2022-23 school year. We are excited about a youth orchestra experience to support young musicians in the San Joaquin Valley, on the beautiful campus of University of the Pacific. Please scroll down to learn more about how to sign-up for an audition and join our orchestra.

Since 1965 the Pacific Youth Symphony (previously Central Valley Youth Symphony) has provided young people in San Joaquin and surrounding counties with the opportunity to play great symphonic music while making new friends. With expert coaching from Conservatory faculty and students, weekly rehearsals prepare 6-12 grade players for at least two concerts each academic year. (Note: students outside of grades 6-12, can be considered by audition and reviewed on a case-by-case basis).

For any questions, please contact Jonathan Latta, Program Director of Ensembles, at jlatta@pacific.edu.

We ask that all students complete an audition prior to the start of rehearsals. This will assist in getting to know the musically and in seating. For the audition, please plan for the following:

Auditions will be held on September 7 and 8 from 6:00-8:00pm in the Instrumental Rehearsal Hall on the University of the Pacific campus.

Auditions are first come, first served. Please arrive with your music and scales in hand. 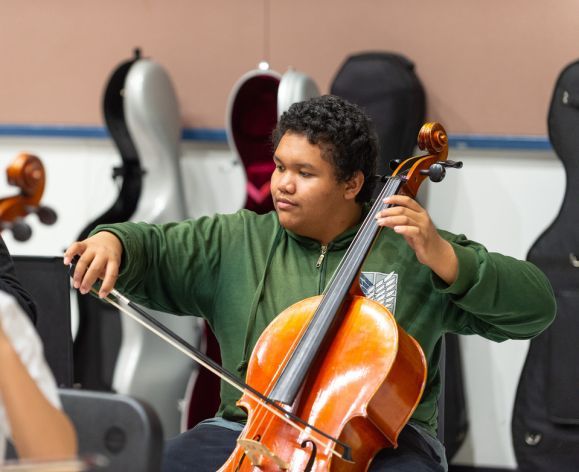 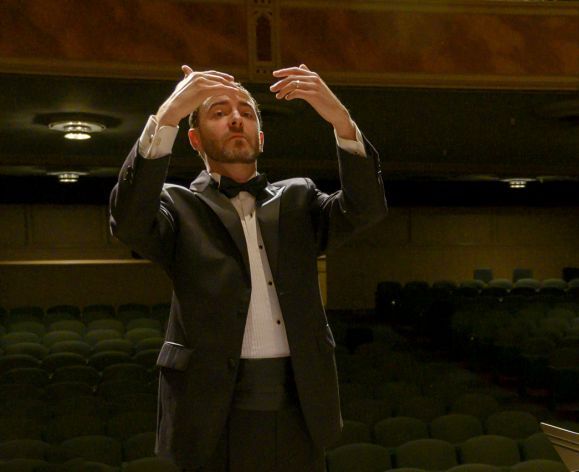 Shane Kalbach began working with Pacific Youth Symphony in 2004 as a coach and later as the Preparatory Orchestra conductor. He is a graduate of California State University, Sacramento, where he majored in viola performance and theory/composition. Mr. Kalbach is a long-time music educator in Lincoln Unified School District. He also enjoys an active performance career on both violin and viola, playing jazz, classical and country style music for a variety of events, bands and orchestras throughout the Central Valley.

The orchestra adds on winds and percussion. Through the vision of Arthur J. Holton, Sr., Chairman of the division of Arts and Letters at San Joaquin Delta College, it becomes a community service activity of the College, in cooperation with the Stockton Symphony Association, Stockton Unified School District and San Joaquin County Office of Education.

The orchestra is reorganized and named the Central Valley Youth Orchestra (CVYS). Parents and interested community members accept jurisdiction in cooperation with the Stockton Symphony Association. Ron Caviani, associate professor in composition, theory and orchestration at University of the Pacific's Conservatory of Music, is selected as the conductor.

Michael Allard, associate professor of Applied Music at University of the Pacific's Conservatory of Music, becomes the orchestra's conductor.

CVYS becomes an independent, non-profit organization. During their nine-concert tour through Australia and New Zealand, the orchestra wins the gold medal at the International Music Festival in the Sydney Opera House.

Thomas Derthick assumes the baton. Mr. Derthick has been a lecturer in bass at University of the Pacific's Conservatory of Music since 1988. He is also principal bassist of the Cabrillo Music Festival and Sacramento Philharmonic. The orchestra performs to standing ovations at Carnegie Hall, NYC.

University of the Pacific's Conservatory of Music assumes full leadership of the orchestra.

The orchestra is re-named the Pacific Youth Orchestra. 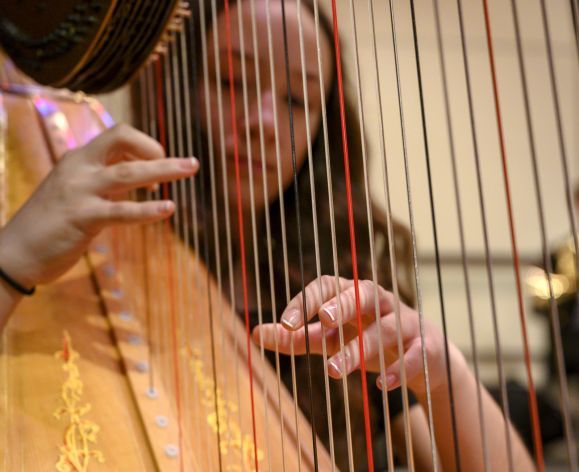 Pacific Youth Symphony rehearsals will be on Mondays from 6:00-7:30pm in the Instrumental Rehearsal Hall on the University of the Pacific campus.

Rehearsals will begin on Monday, September 12.