Pacific Jazz Ambassadors are a jazz combo comprised of students pursuing a 3-year Accelerated Bachelor of Music Honors Degree in Jazz Studies at the Conservatory of Music. This opportunity is open to five high school graduates who are exceptionally talented and motivated jazz musicians.

Pacific Jazz Ambassadors study with Pacific's Jazz Studies' faculty, visiting jazz educators, artists, clinicians, and other music professionals while working towards obtaining their undergraduate degree at University of the Pacific. They perform extensively locally, throughout the U.S. and abroad.

The Ambassadors represent our institution and exemplify excellence of  musical education at Pacific. Regular international performances are a primary component of the Ambassadors' education. They also play locally and at national jazz venues and events such as:

The Ambassadors take group classes and have individual lessons, participate in group rehearsals and coaching, as well as in discussions with visiting artists and clinicians. They work in the on-campus recording studio producing at least one recording project each year.

Collaboration with the visiting professional artists and clinicians is a high priority. This engagement may include private lessons, rehearsal and coaching, special topic discussions, and sessions on professional career development. Frequently, the visiting artists share the stage performing with the Ambassadors. 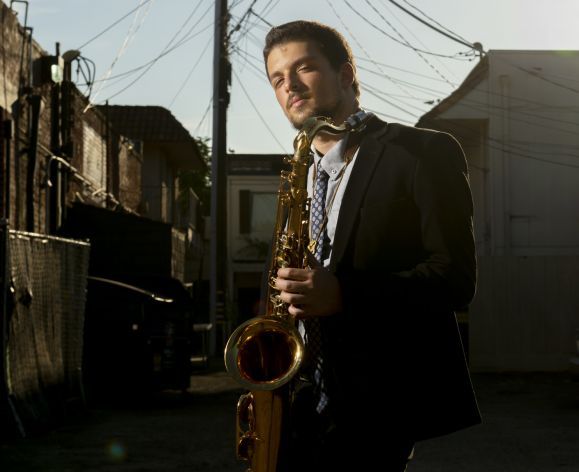 Tal Kalman is a saxophonist from Rehovot, Israel. He began his jazz career at the age of 14 at Thelma Yellin High School of the Arts in Givaataim, Israel. During his studies in the Conservatory of Music in Tel Aviv, Tal received numerous scholarships and awards such as Israel Conservatory excellence in Jazz scholarship, Berklee Five-Week Jazz workshop and Berklee Global Jazz at Newport. He played around the globe at events such as the Toronto Jazz Festival, the Rex (Toronto), Cambridge Jazz Festival, the Red Sea Jazz Festival, JEN conferences and Beit Ha’amodim (Tel Aviv). Tal was mentored by Terry Lynn Carrington, Danilo Perez, Miguel Zenon, Aaron Goldberg and Joel Frahm.

Toby Keys is a pianist from Sacramento, CA, who began studying jazz on the clarinet in a middle school. While in high school, Toby extended his interest to jazz piano and he played both instruments for Rio Americano High School's Jazz Ensemble at events such as Essentially Ellington at New York’s Lincoln Center, Swing Central in Savannah, GA, and at California’s Monterey Jazz Festival. His musical idols include Bill Evans, Duke Ellington and Thelonious Monk. After graduating from Pacific, Toby hopes to embark on a musical career that marries tradition with innovation. 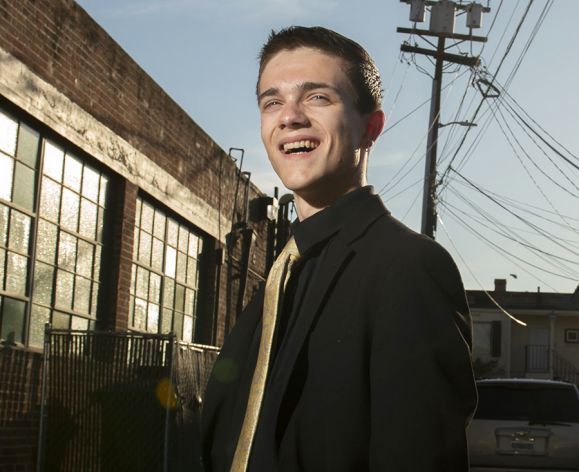 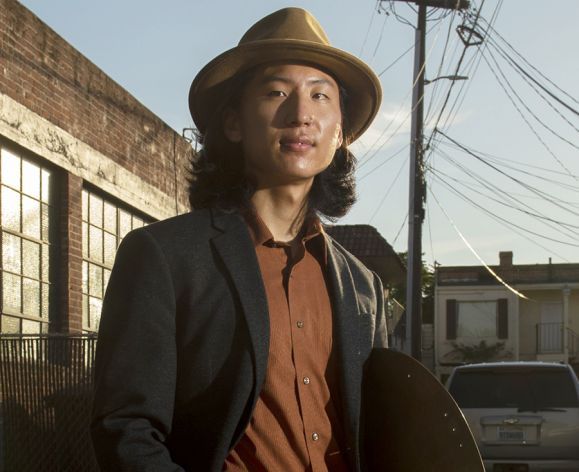 Drummer Austin Kim is from Los Angeles, CA, where he attended the Los Angeles County High School for the Arts (LACHSA). He performed at venues such as the Hollywood Bowl, Walt Disney Hall or the Newport Jazz Festival. Since attending LACHSA, Austin has participated in Youngarts, the Berklee at Newport Jazz Festival Workshop and the Jazz Band of America. In addition, he has been recognized by the Monterey Jazz Festival, Downbeat Music Awards, and the Spotlight Music Center Competition.

Bassist and composer Nico Martinez grew up in Davis, CA. He gravitated towards the upright bass and jazz while attending high school. He quickly gained recognition on the Sacramento jazz scene. Before coming to Pacific, Nico attended the Indiana University Jacobs School of Music for one year where he worked closely with Todd Coolman and Walter Smith III. 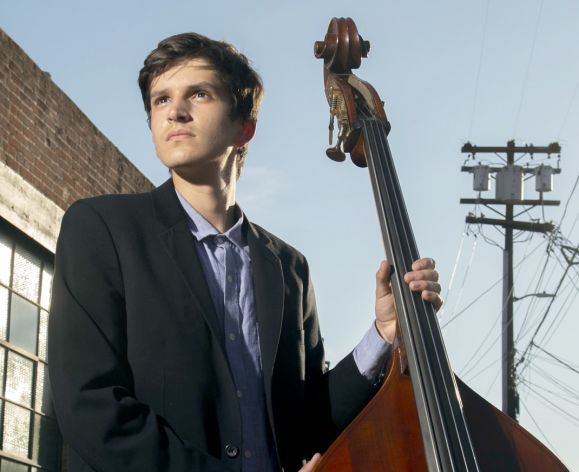 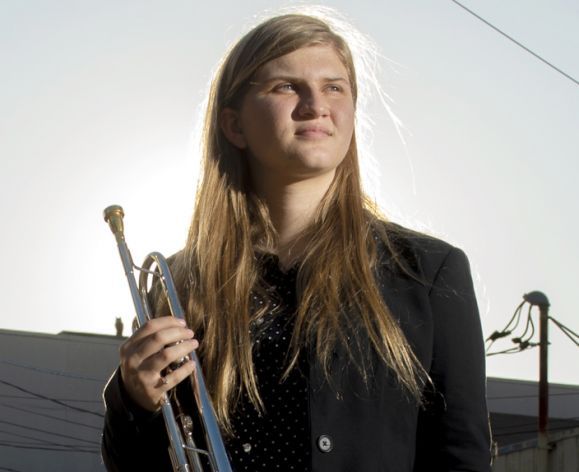 Trumpet player Kate Williams is from Vacaville, CA. She began playing jazz while living in Alaska and since then, she has played in a variety of student and professional groups, including the Next Generation Jazz Orchestra, SF Jazz High School All Stars Big Band and Combo, and the Bay Area’s Electric Squeezebox Orchestra. Kate has won numerous DownBeat Awards for her compositions and arrangements. She has been mentored by and/or performed with Terri Lyne Carrington, Ingrid Jensen, Joshua Redman, Ambrose Akinmusire and Sean Jones. 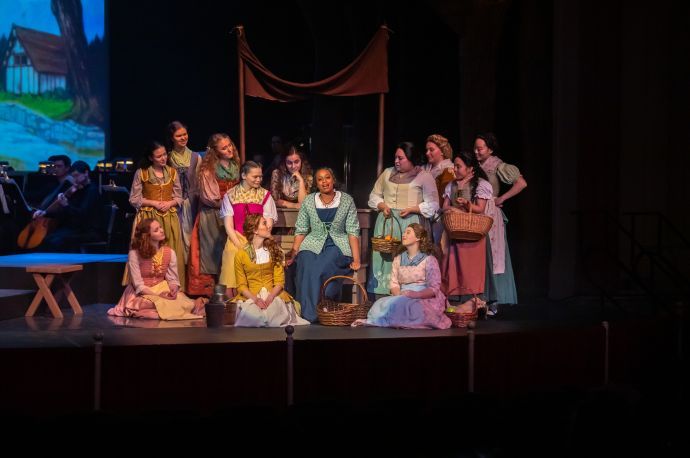 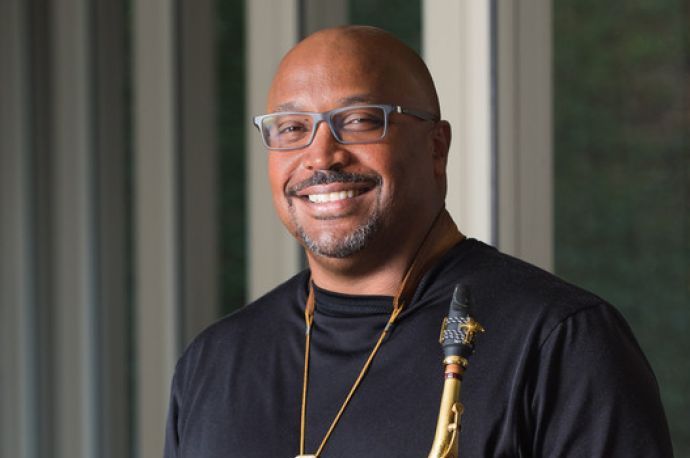