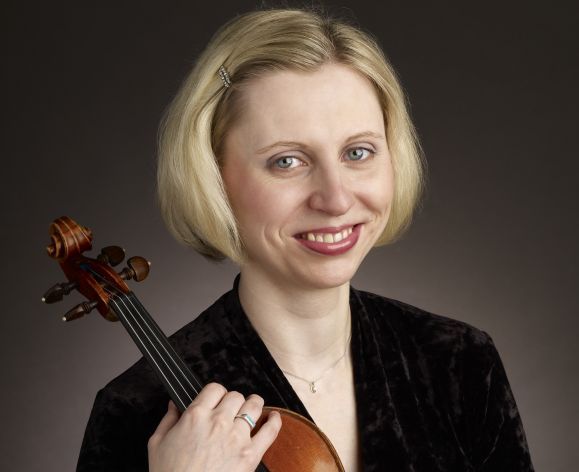 University of the Pacific’s Conservatory of Music welcomes Katherine Bormann as our virtual artist in residence in April 2021. She will work with Pacific students while Dr. Ann Miller takes a temporary leave this spring.

“I am very excited for my students to have the opportunity to work with Katherine Bormann,” said Miller. “In addition to communicating her infectious enthusiasm for music making, she will be able to share with them her deep knowledge and rich experiences.”

Bormann joined the first violin section of The Cleveland Orchestra in 2011. She completed degrees at Rice University and the Juilliard School, studying with Kathleen Winkler, Joel Smirnoff and Ronald Copes. Subsequently, she became a member of the New World Symphony in Miami, where she performed as soloist and concertmaster.

Bormann has performed in the Strings Music Festival, Mainly Mozart Festival, Aspen Music Festival and Tanglewood Music Festival, where she was also a member of the contemporary music ensemble New Fromm Players. She has appeared on the Wednesdays at One concert series at Alice Tully Hall, taught and performed as part of the annual Kent Blossom Music Festival, and served for four years as concertmaster of Northeast Ohio's Suburban Symphony Orchestra. Bormann has been a guest lecturer in violin at the Baldwin Wallace University Conservatory of Music and is on the Board of Trustees of the New World Symphony.