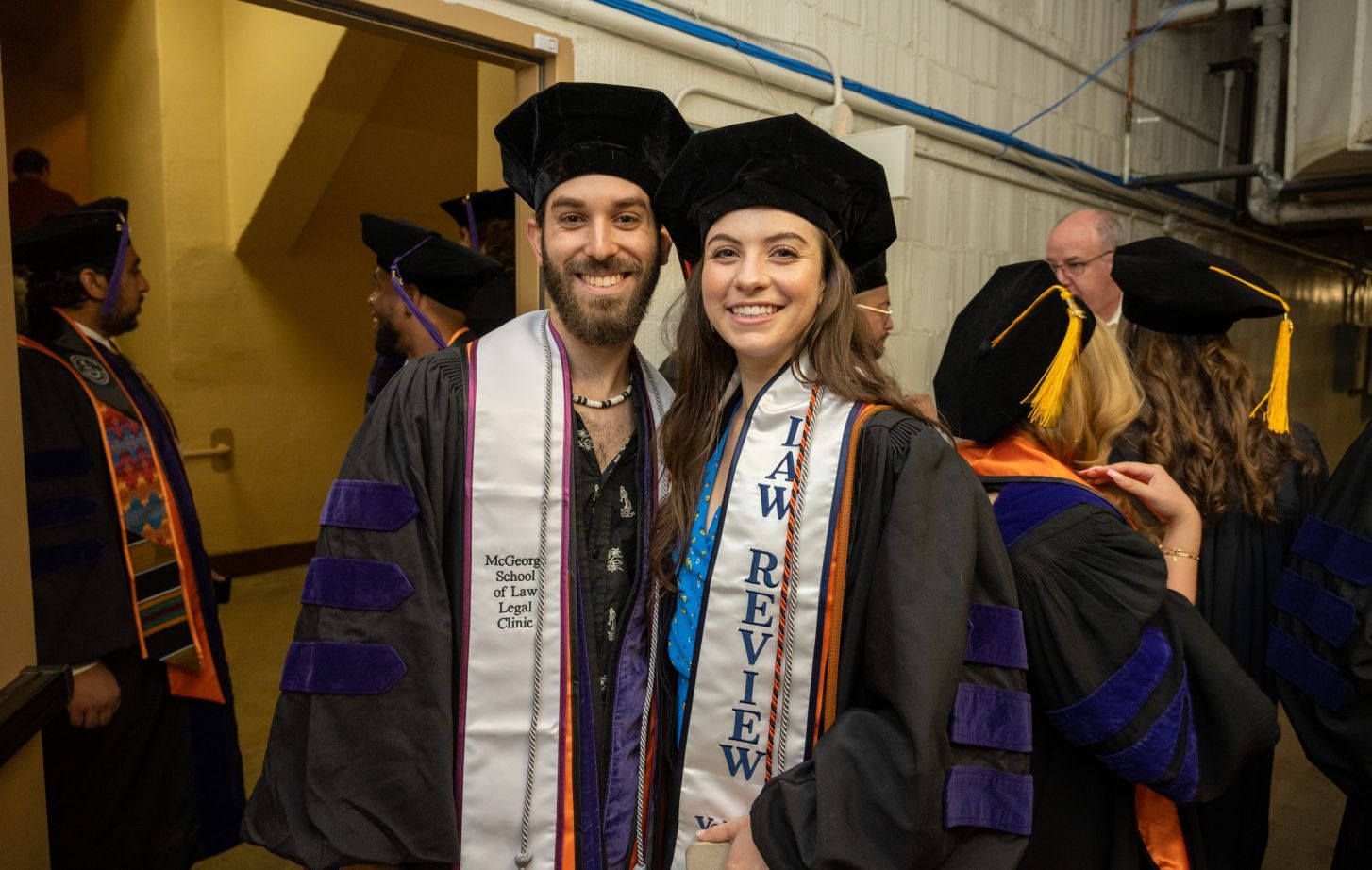 Jackson Hadden ’21 and Aliya Gorelick ’21 participate in the McGeorge School of Law commencement ceremonies on May 28.

McGeorge graduates also had the third highest pass rate for the California bar exam among all ABA-accredited law schools in the United States.

The honors program at McGeorge School of Law is the only honors accelerated JD program in the country, allowing students to obtain their law licenses six months early and to begin practicing law ahead of their counterparts in traditional three-year, full-time programs. Graduates have the advantage of being in the job market early and save a semester of expenses.

Program alumnus Jackson Hadden ’21 passed the February bar exam and started practicing law at the Sacramento District Attorney’s Office, where he works on trials in the Misdemeanor Unit.

“The Accelerated Honors Program allowed me to start practicing sooner compared to people on a standard track,” Hadden said. “I would not even have taken the bar by now if I hadn’t graduated early, which is a huge perk.”

After their first year, students take a heavier course load than traditional JD students, consisting of 17 units per semester. Additionally, students complete a 10-week honors externship during the summer.

McGeorge covers the cost of tuition for summer externship courses, saving students thousands of dollars while they gain placements such as Trial and Appellate Judges’ chambers, the California Attorney General's Office, the Fair Political Practice Commission, and other non-profit and governmental agencies.

“The results speak for themselves,” Schwartz said. “We are proud that the rigor of the program continues to pay off in the success of the students.”