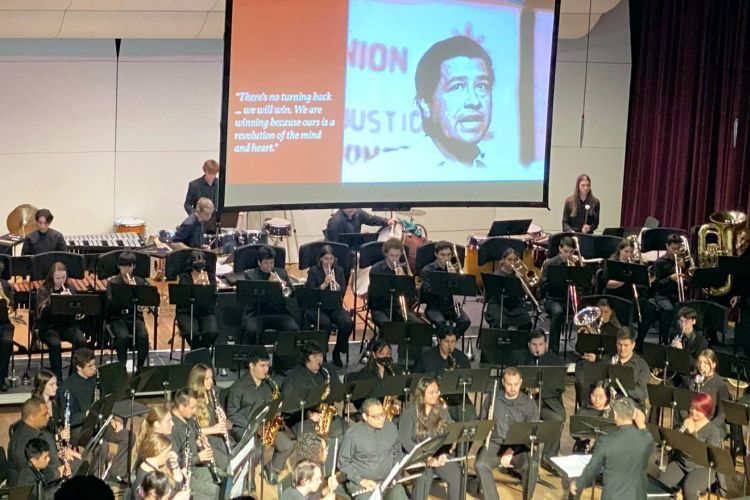 The centerpiece of the concert was the world premiere of “Chávez, 1927” written by Santos in honor of American Farmworkers Union co-founder, César Chávez. Professor Nguyen paired “Chávez, 1927” with “A Movement for Rosa,” named for civil rights leader Rosa Parks, to honor the life and work of two civil rights icons.

“There was so much that Giovanni shared in rehearsal and in performance with our students that connected them to the deeper meaning behind the music,” shared Professor Nguyen.

The complete program is available online.

The History Behind Music

Student performers shared that learning the stories behind the music had a profound impact. Understanding the history portrayed in these works informed their musicianship.

“Playing a piece that was for a cause so much bigger than myself was a really special experience, I am glad I was involved,” said flutist and music therapy major Kalea Bringas ’23.

Several members of Pacific’s Wind Bands are current music education majors who said exploring these stories through music will influence their careers as future educators.

“Chávez’s and Rosa Parks’ struggles for civil rights speaks to me as an educator. It's important to program works that honor these histories,” said Ryan Abdelmalek, who is pursuing master’s in music education and performed as a guest conductor and trumpeter in the concert.

Through a focus on civil rights movements in the Americas, the concert showcased the considerable strengths of Pacific’s Wind Bands.

“Dr. Nguyen took time to teach us more about the meaning of the [civil rights] movement and the sacrifices made throughout the process,” said clarinetist and music education major Maggie Juarez ’24. “Learning this history through the world premiere of `Chávez, 1927’ was an exceptional way to honor the movement of the National Farm Workers Association.”

Santos dedicated “Lamento Cubano” to his departed grandmother. “As we worked with Professor Santos, he not only explained the reason for this dedication, but also described how and why his family left Cuba,” said hornist, music education and music performance double major Braydon Ross ’23. "How the resulting extended separation affected their family and how many other families experienced similar challenges. Hearing this story brought the music to a deeper level as a performer as I had these stories and emotions to draw upon while playing the piece.”

The event included Martín Camps’ reading of “No ceses, César Chávez,” a poem written in collaboration with his friend Emilio Martinez who worked in the fields and saw Chávez march in 1966. Camps is director of Pacific’s Latin American Studies program. Images and quotes highlighting César Chávez accompanied Pacific’s performance of the work in Chávez’s honor. Lisa Cooperman, assistant professor and university curator, compiled the visual montage.

Pacific’s Conservatory of Music and Office of Diversity, Equity and Inclusion sponsored the concert. 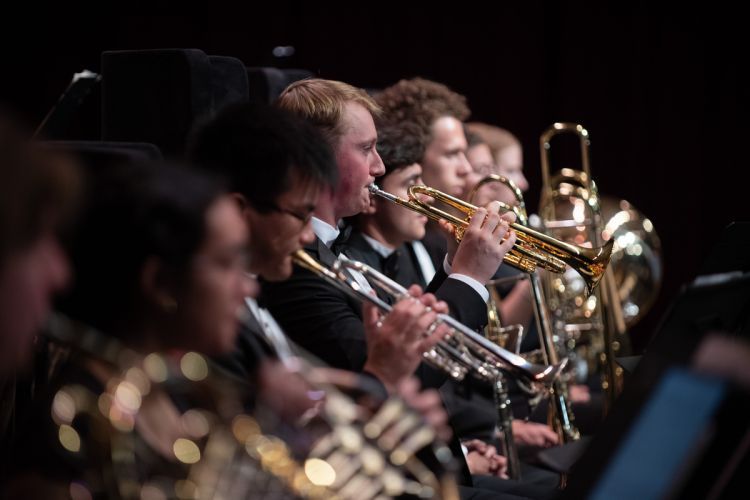 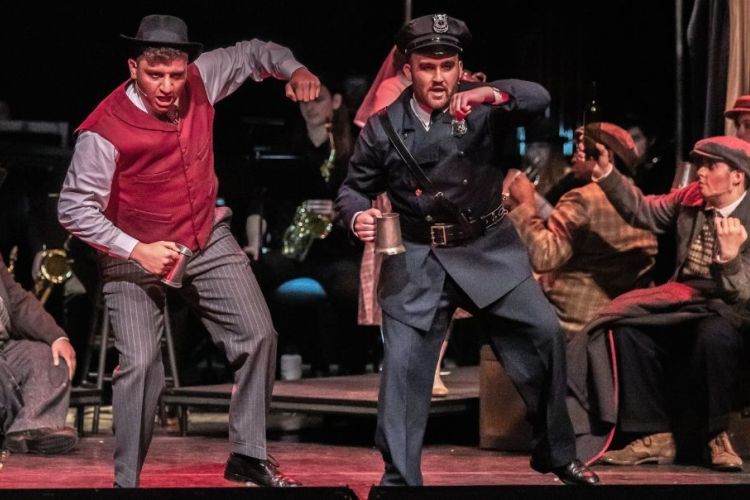 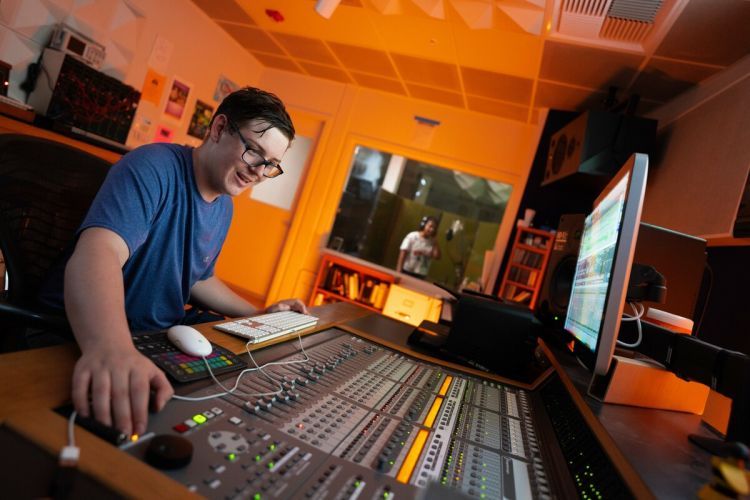